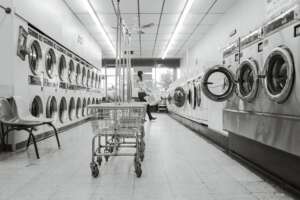 The laundry and dry clean industry is one of the most old founded industries in the world. While modern day laundry techniques are characterised by large industry grade machines stacked on top of each other to provide various levels of washing for several kinds of fabric, the roots of these techniques can be found in ancient civilizations dated as long ago as 2800 BC.

While old age laundry was done with the help of lye, a washing detergent made from potato residues, the early 1900s saw the rise of several sophisticated cleaning compounds.

While the cleansing agent kept developing, the techniques of washing kept adapting as well.

Harder materials such as wool, were known to be pounded against hard surfaces such as stone, in order to give them a deep cleanse.

This is one segment that has seen development in methods in tune with the industrial developments across ages and time periods. With modernization and industrialization of Europe and USA in the nineteenth centuries, the laundry industry also went through a large upheaval. Rise in while collared jobs led to an increase in demand for crisp and spotless clothes, and the emphasis on having impeccable attire kept rising in the service class. This in turn transformed the laundry industry from a job mainly handled by women of the middle class, to something that needed more machine influence to create scalability. Between 1890’s and the late 1910’s power laundry became a common phenomenon across America and Great Britain. The increase in availability of water round the clock also helped the laundry industry develop into more systematic operation.

Dry cleaning, a commonplace concept today, was discovered accidentally when a Parisian tailor accidentally spilled turpentine on a table cloth and realised it was an effective way to remove stains. This method soon gained a lot of popularity and was seen as an effective method to clean more delicate fabrics. A lot of research was done on fabrics through the 19th century and soon dry cleaning was a service offered by most laundry providers.

Furthering on the growing developments and demands from the laundry business during the early 1900, the first electric washing machine was invented however, the machine was very difficult to operate and also had questionable safety measures since it was highly prone to short circuits. Over the next few decades, experts focused on making this machine more sustainable, more safe and more durable. However, for a long time to come after the initial introduction, the washing machine would still remain to be a concept out of the reach of a standard American family because of the price at which it came. Taking recognition of this need gap, the first public laundry was introduced in the 1930s in Texas. Customers would pay an hourly rent to be able to use the machines available. The concept of the public laundry, in tune with the increased association of clean clothes to social status, led to a boom in usage since it brought the luxury of frequent cleaning closer to the common people. However, laundry shop owners soon realised that this boom caused heavy wear and tear to the machinery and the maintenance cost of the laundry skyrocketed. This led to a short slump in the laundry business in the late 1950s. However, the decline was short lived as continuous technological advancement and the recognition of the undying need led to owners investing heavily to keep the machines going. Along with this, the owners also started investing in training staff and providing value added services to the laundry, such as folding and ironing.

As the self service laundry industry became more and more popular, it also kept adapting to modern day challenges, which is the reason why this industry has not seen a dip in demand across centuries. When the modern world started facing the growing challenge of water wastage technologies were developed to machines that utilised very little water to do a full load of laundry. Even drying technologies that go hand in hand with washing have seen tremendous growth and advancement. Today industry grade dryers are capable of drying laundry almost as close to sun dried laundry. Along with this, the entry of large FMCG conglomerates has seen a new focus on research and development of washing detergents that cater to specific varieties of clothes and fabrics.

The shortage of space in the standard household has seen a preference in consumers to use public laundries which offer several value added services to consumers. Since consumers have to wait on their wash load, several laundromats offer free WiFi, TVs, vending machines, children play areas and more amenities on site. This has caused the self service laundry industry in the US to draw in more than $5 billion in revenues.

While there are more than 35,000 laundromats that operate in the US, there are some that make life extremely convenient for the consumers at a very low price. Sudz Coin Laundry in Michigan is one such laundromat, which offers fully attended laundry services to its customers, should they be unable to run a load themselves. The prices start at as low as $1.15, which is the lowest price that you can get in the area. They operate on Speed Queen machines, which is the only brand still made in America. This laundromat offers several wash intensities based on the type of cleaning you would prefer, and they specialize in down filled materials, which is usually the stuff found inside comforters.

They offer a large window of operating hours, with further extensions during the weekends, so that you can still manage a wash cycle even after finishing a busy week. Added benefits of getting laundry done from Sudz Coin Laundry include that they will return the clothes the same day, unless the clothes have been dropped off really late, in which case they return it the next day. They also fold or hang the laundry as per the customers preference, and just in case you are having a busy day, packed from end to end, the machines at Sudz Coin Laundry are capable of finishing a cycle in 16 minutes. Therefore this laundromat offering high class services at the best rates in town makes it a favourite among consumers from the area 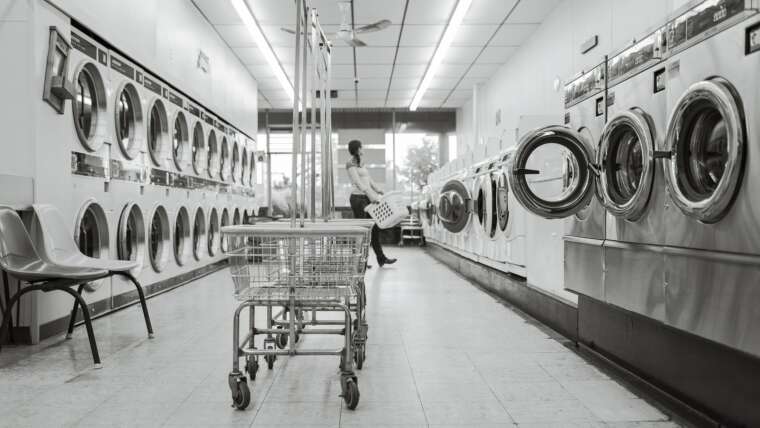 The Robotization of Washing Machines