Welcome back to the history of the clothes iron, a device named after the metal they used to be made from. Although stone irons and some made out of earthenware and terracotta were also found in Italy, France, the Netherlands and the Middle East. Today, clothes irons are small, light and rather safe appliances that heat up quickly and require little effort. But back in the day, they were heavy pieces of metal that demanded a lot of strength and patience.

The sad irons forged by blacksmiths in the late Middle Ages had metal handles that were gripped in a pad or thick rag to avoid burning hands. In the 1870s, a 19 year old woman in the United States patented a sad iron with a removable wood handle and two pointed ends aimed so that it could be used in either direction. She also gave it a hollow metal body to allow for it to be filled with a heat-retaining material. Probably, she got the idea from the box irons, used for centuries in various countries. Also called charcoal irons, their base was a container that was filled with glowing coals, and some of them had a funnel to keep smoke away from the clothes. A few years after Mrs Mary Potts’ sad iron, in 1875, a portable folding ironing table with a removable press board to iron sleeves was patented. These were all significant improvements considering the many hassles of ironing in those times.

But the greatest advancement took place in 1882, when Henry W. Seely patented the first electric iron. Until then, many inventors were searching for foolproof, self heating clothes irons. Gas irons had appeared in the 1860s in several countries, as well as some models with internal burners and attached fuel tanks (filled with oil, gasoline or paraffin). Gas irons were lighter than sad irons, but they often had leaks. It was the electricity powered smoothing irons that really reduced physical labor. They were powerful, adjustable, and cleaner, because they didn’t carry any soot or ash. On the downside, Seely’s iron didn’t have electric cords. Instead, it was hooked up to an electrical source by detachable wires. It heated very slowly and cooled quickly.

The first commercially successful electric iron was the Hotpoint iron, launched in 1905, as more homes became wired across the United States and Europe. Designed by Earl Richardson, it had an electric cord and a sole plate, which was hotter in the tip than in the center, hence the name. The 1920s saw a big jump in the evolution of irons thanks to two new additions: thermostatic controls and steam. Hot water vapor was released through small holes on the sole plate to make it easier to remove wrinkles in tough fabrics. Further developments included an aluminum alloy that prevented rusting and leaking in the sole plate, dual irons with steam and dry options, and the automatic shut off feature. A non-stick coating was introduced in 1995.

While you might not find clothes irons very impressive, back in the 1930s they were one of the most popular electrical home appliances (together with the mighty radio). Quite a journey for a much underappreciated device. In fact, there was a time when hot irons not only smoothed clothes and pleated fabrics. They were also reportedly used to kill parasites and bacteria, such as lice, which were a common and serious issue at the time. At Sudz Laundry we praise the iron for its services, and thank all the people who worked in favor of developing it into the compact and convenient appliance it is nowadays.

Laundry Tips by Your Favorite Characters in TV and Films 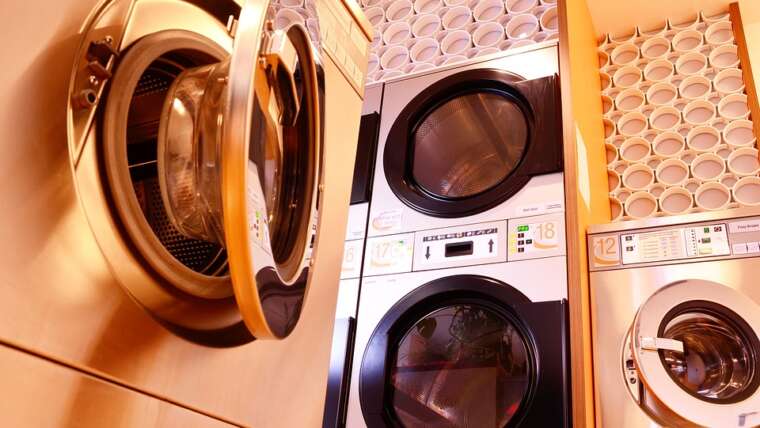 5 Tips to Keep Your Closet Organized