Few people truly enjoy household chores, and doing laundry is arguably among the least favorite ones. Yet we underestimate how easy we have it compared to previous generations. The increasingly active lifestyles of contemporary societies veer people’s preferences towards further convenience and practicality. We seldom remember the times when our great grandmothers had to hand wash our grandparents’ dirty socks. Nowadays, you need not even worry about folding your clothes as Sudz Laundromat can do it for you. But how did people wash their clothes before the comforts of sterling coin laundry?

Washing clothes with your own sweat

Today’s kids may have never seen a scrubbing board, and neither did the ones who lived before the 1700s. Back then, washing clothes was an all-day activity. In present India, one can still see women doing laundry by the Ganges just as they did in pre-washing machine times in Europe. In the mountains, they take advantage of the thaw that drips down the hill and into their laundry buckets, which they trample with bare feet -just as winemakers used to crush their grapes- or thrust with a stone. Europe and the USA used to wash their clothes in the same way, using nature’s water supply and their own physical labor. The term ‘possing’ is found in early 17th century references suggesting linen being possed (meaning beaten down) in possing tubs with a log of wood. From these natural accessories derived several artifacts such as the wooden clogs for the trampling of laundry that were used in rural Scotland in the mid 1700s. Affluent Europe with easier access to water was able to bring laundry into the comfort of the home. Coppers (big metal pans) were incorporated to heat the water and sticks were used for pounding and stirring. This evolved into ‘washing dollies’, or possing sticks with handles, used for agitating clothes in a tub. There were regional variations across rural Europe, some of which have perforations to help the water circulate, or metal handles instead of wooden ones.

In the 18th century, the English allegedly invented the ‘washing bats’, similar to their cricket bats but instead of hitting a ball, they were used to beat the laundry against a rock. Although there is evidence of the laundering of linen clothing and other textiles with a flat wooden implement, or bat, in ancient Egypt. The invention of the revolutionary ribbed wooden washboards is also debatable. 1833 seems to be the year of the first patent for a metal washboard, designed by an American. However, by the 19th century wooden washboards were widely used in Scandinavian Norway and Finland, while they were not that common in USA households. Variations of boards with and without grooves were found in other parts of Europe before the 19th century, such as Italy and France.

The mechanisation of laundry

The mechanisation of laundry was not a priority during the industrial revolution. Three early designs claim to be the first ever mechanical washing machine: a 15th century idea intended for use in textile manufacturing, a 1670s wheel and cylinder mechanism to squeeze the water out of a laundry bag, and a 1691 patented engine with a long list of possible uses, including washing clothes. Mechanical versions of the washing dollies appeared, like the ‘Yorkshire Maiden’ in Germany, aimed to make the laborious chore of washing clothes a bit easier. Women still had to work the machine, hang the laundry out to dry, starch, iron and every other task involved in the arduous process, but at least they could stay dry while doing so. There are references to other patents for designs intended to save time and reduce the usage of lye, soap and fire but there is no solid evidence of their popularity at the time.

Advertising from late 18th century England shows a trend of washing machines targeted to homes, though it seems that innovations such as rotating drum designs were more popular among hospitals and commercial laundries. Cutting the costs of paid labour inspired more inventions such as the ‘wringing machine’ based on a netting or cloth wrapper for laundry which was twisted, turned and squeezed. Box mangles were used to press household linens and clothes wound on rollers below, or spread flat under the rollers covered by a specially-woven ‘mangle cloth’ to smooth (or iron) them. These artifacts required two people to push and pull the heavy box, filled with stones or sand, back and forth with leather straps or wooden handles.

The ‘washing mill’, an English patented portable wringing machine, was advertised in America in the late 18th century. Yet the USA did not dabble in laundry technology for a while. In the 19th century, washboards were almost universally used and even in the early 20th century were the prevailing artifact for clothes washing. Many households prior to World War I still had no indoor plumbing or mechanization of laundry. In turn, the washing dollies were used at least until the 1920s.

Nowadays, households without washing machines do not have to resort to strenuous handwashing techniques. A sterling coin, a full laundry bag and a nice stroll to Sudz Laundromat are all that is needed in order to have your clothes cleaned. Lye is replaced with eco-friendly products and your clothes are gently washed instead of smashed with wooden logs. For superior comfort, we even offer pick-up and delivery services. Come to Sudz Laundromat for modern sterling coin laundry, and enjoy the spare time from not having to stir the washing machine.

The Kinds of Laundry Services Available 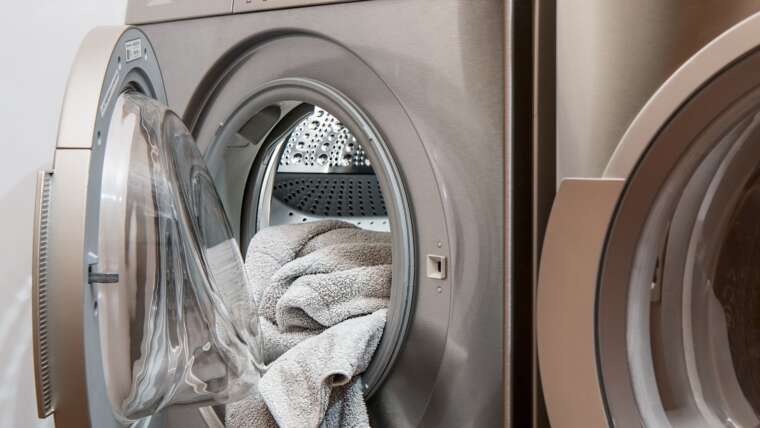